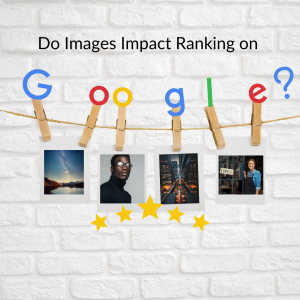 We have been doing a lot of testing around images in the last year at Sterling Sky.  You can read about the tests we did on geotagging photos and the cover photo you select in Google My Business.  For this test, we wanted to measure how the photos you use on your website impact your organic ranking on Google.

According to this case study:

There was a page about a common lawn care problem that got a decent amount of traffic but had an image that was very small (150×150) and pixelated. 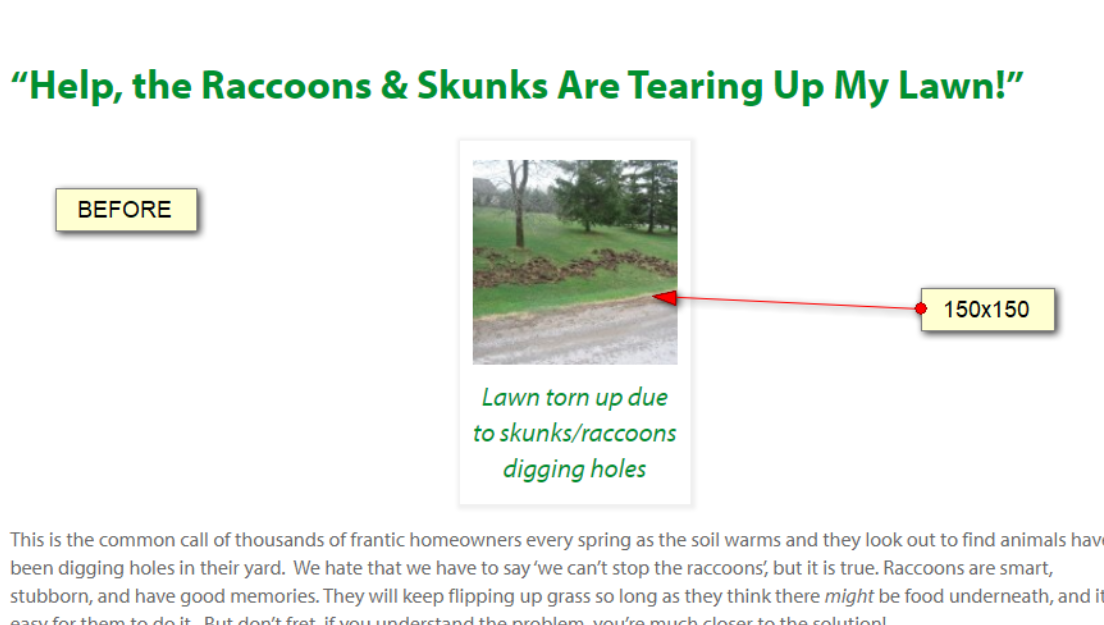 Since the page was about lawns that were being torn up due to skunks and raccoons, I thought it would be a good idea to update the photo to a picture of a skunk.  I updated the image on the page to the one listed below. 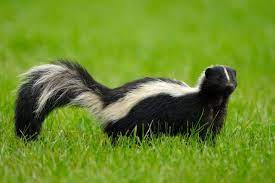 A couple of weeks later, we actually saw the ranking drop from position 2 to position 3.

When I went to look at what caused the ranking drop, it became apparent that Google didn’t want a picture of a skunk.  When you searched in Google Images for that phrase, the majority of the photos showed a lawn with dirt holes all over it.

I was able to get a larger photo from the business owner and updated the photo on the page again. Within about a week we saw the ranking of the page increase and this time it went to position 1 and took over the featured snippet.

When we looked on Google, the featured snippet was also featuring the photo we had just added: 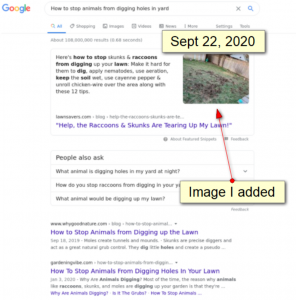 It’s important to note that this impact seems to vary based on the industry.  We originally tested this on a lawyer and saw no impact.  If Google is showing images in the search results (on desktop), there is a good chance they care about images more for that industry.

This study along with several others about images was presented at the LocalU event in August 2021.  Videos of the presentation are available for purchase here.

Does the Service Area in Your Google Business Profile Impact Ranking?