This article is part 4 of 9 from my LocalU presentation from March 2020.  If you missed the event, the videos are available for purchase here.

The main reason why you’d want to deal with duplicate listings is because of the filter.  If you have multiple listings at the same location, Google will usually pick which one they show, and it’s not always the one you want.

Does merging 2 listings help increase ranking?  Often people think that when they have a duplicate listing, the best option is to get it deleted from Google Maps.  Depending on the situation, it’s not always a good idea to do that.

We helped a dentist that had a duplicate listing that was marked as permanently closed.  It shared the same address, had a different phone number, and an almost-identical name. 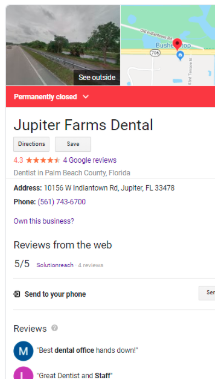 A few days after we had Google My Business support merge the main listing with the duplicate, we saw huge spikes in local rankings (ranking tool used = Whitespark).

We’ve seen this same pattern in many other cases as well.  In this other example, both the main listing and the duplicate listing ranked.  When we had Google merge them, the result was basically like combining the ranking power of both listings (ranking tool used = Local Falcon). 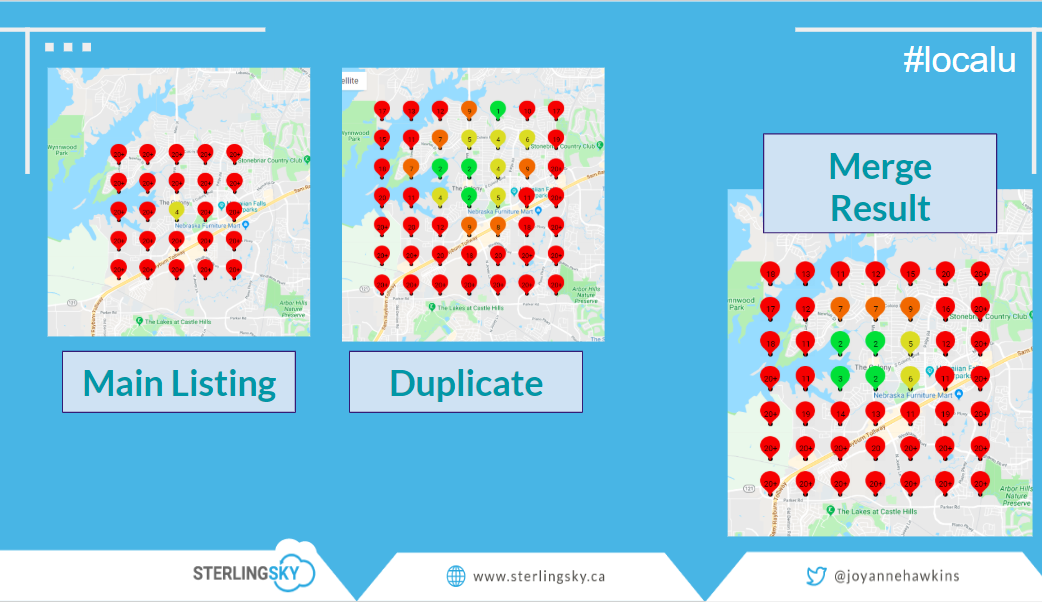 If the addresses/locations on the 2 listings aren’t the same, Google will often mark the listing as “moved”.  This is not the same thing as a merge and we don’t see the same positive impact on ranking.

Additionally, if the duplicate listing is actually a listing for a practitioner that works there, Google won’t merge it unless the business only has a single practitioner.

There seems to be ranking equity that comes along with an aged Google My Business listing.  To make sure you make the most of this, I’d suggest the following.

Questions?  Let me know in the comments section.