Let’s say you’re a dentist and you want to rank in the local map pack for the term, “emergency dentist.”  One would think that if you have a lot of reviews that use the keyword “emergency dentist,” that would help you rank better on Google, right? Or that it must have some sort of impact on Google map pack ranking factors, right?  Also, we see a lot of times that the Google map pack pulls in review justifications matching the keywords that were searched.  So, it’s easy to assume that the keywords matter in local pack ranking. 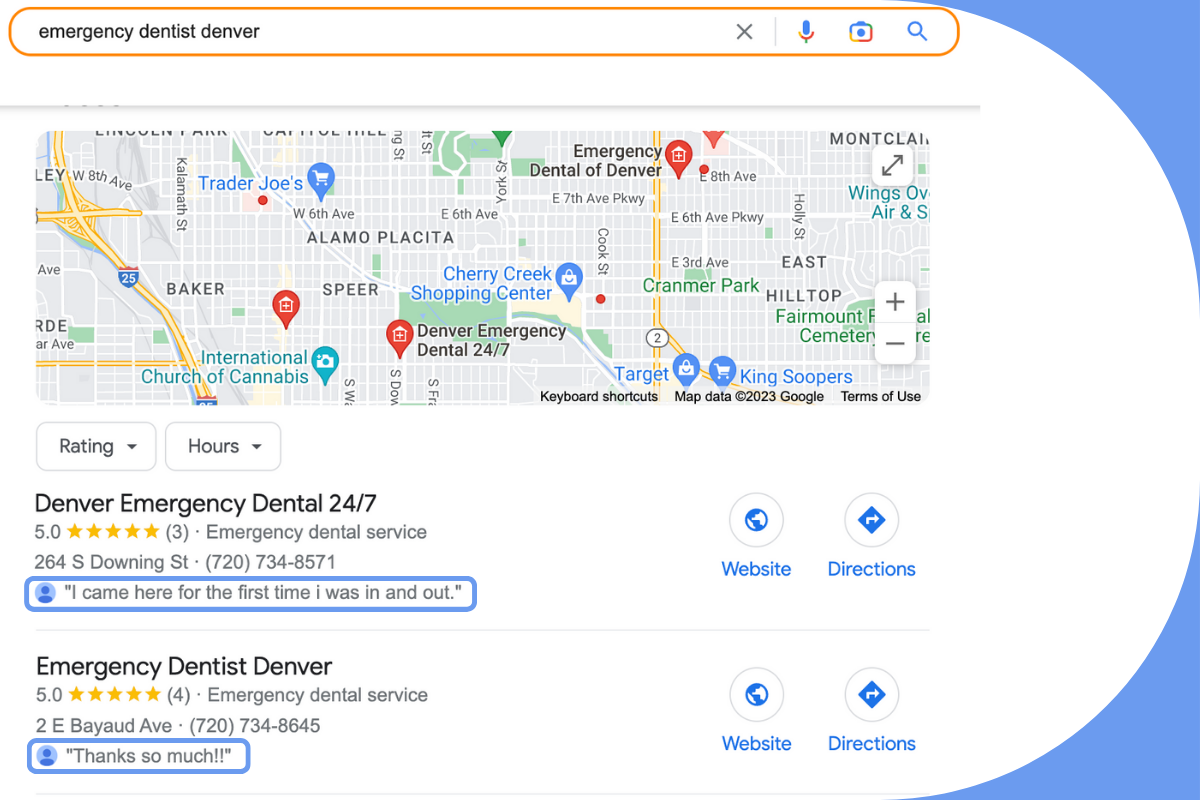 So, I wanted to test this.  Now, I wouldn’t suggest trying this at home, and full disclosure after I did this test, I was told by someone at Google to never do this using your Google account or you run the risk of being blacklisted by Google! 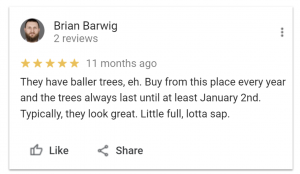 Anyway, we picked a business that we thought would be the perfect candidate.  We chose a Christmas Tree farm that had no SEO efforts, no map pack SEO, and their website was terrible.  We made sure it was the middle of summer, so they were not going to be getting any reviews.  This way we knew if they were getting any movement, we could conclude it was because of the reviews. We had six different people leave reviews over the course of a few months to make it look more natural.  This may not seem like a lot of reviews, but this business only had 18 total reviews, so six was significant.  We made sure our reviews included keywords such as “Christmas trees” or “fresh trees,” to see if adding these keywords to the reviews would help their ranking.

As an interesting side note, we know that Google has been cracking down on reviews lately.  So, it is interesting to note that two of the reviews we left have been removed from Google, which is a good thing.  Since we never had been to this tree farm, it is good that Google’s filter is able to figure that out and removed the reviews.

So, what we noticed about this test is that adding keywords to reviews did not help this business’ local pack ranking on Maps.  Below, you will see the two keywords that we tracked, “fresh cut Christmas trees,” and “Christmas trees,” and you can visually see that rankings did not improve.  Actually, in the first instance, rankings got worse.  Whereas in the second instance, rankings stayed relatively the same. 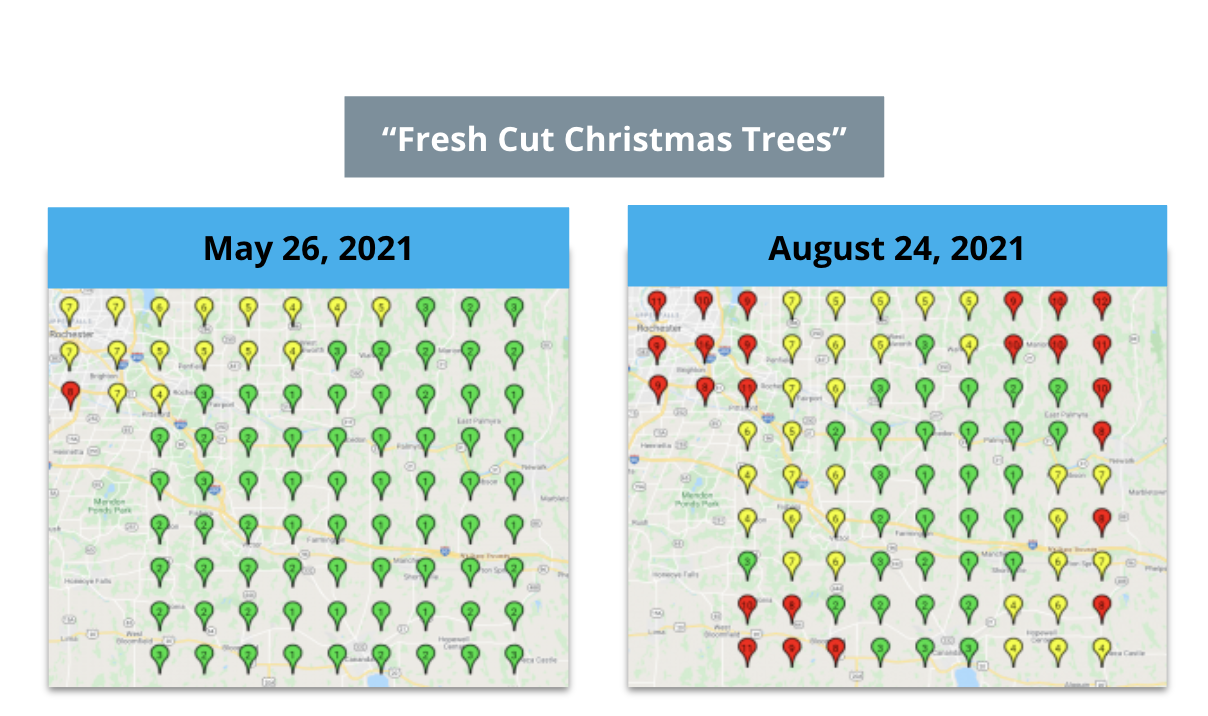 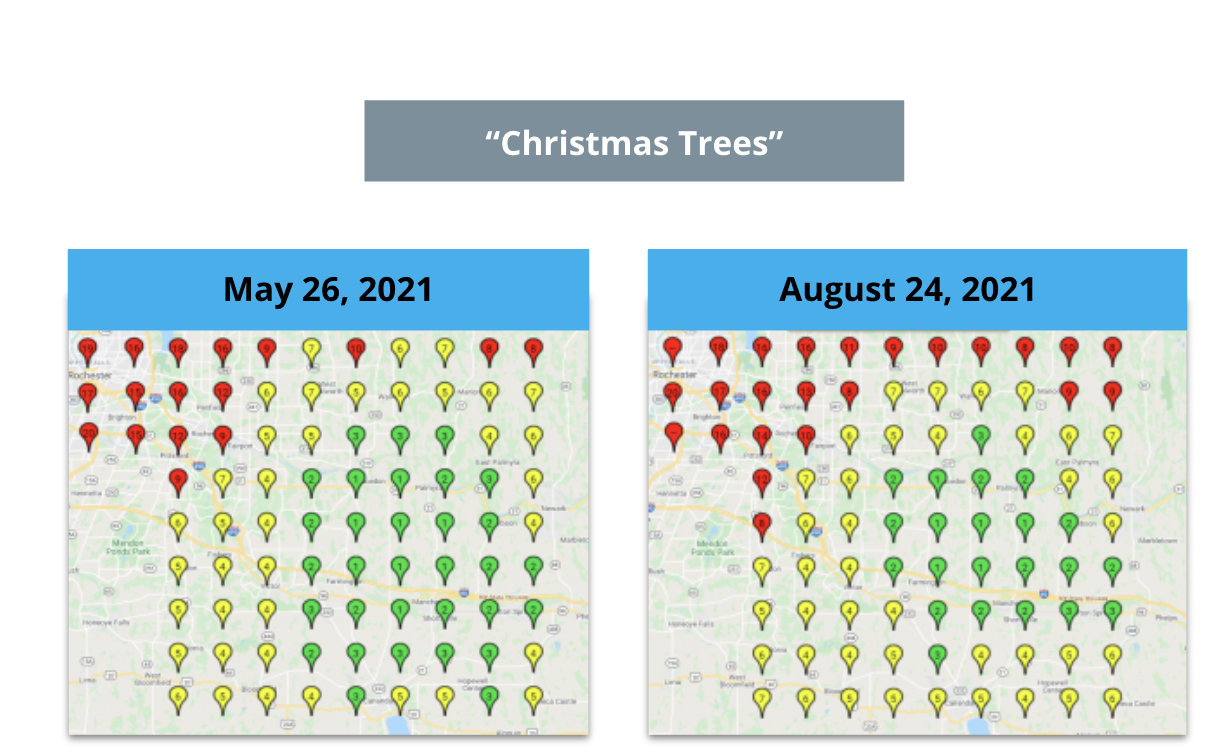 Don’t coach your clients to include certain words in their reviews.  First of all, this is hard to do and you often come across as weird or odd.  And secondly, and most importantly, this case study shows that it does not improve rankings!