It makes sense to think that Google shows the most recent review at the top of a business’ profile, right?  Well, there is some truth to this, as recent reviews tend to show up higher for a longer amount of time, but it is not always the case.  In fact, when you look at reviews, the default sort is “most relevant,” but what does relevant mean? We decided to see if we could figure out how Google chose what reviews are located at the top.  The first theory that we tested is whether or not Google wants to show diverse reviews (reviews with different star ratings) at the top, to paint an overall picture of the business.

Many times when you look at reviews for companies, you do see the most recent reviews at the top.  For example, in the image below, Canada’s Wonderland, which is a theme park close to me, they have thousands of reviews (43,000) and the ones that show up at the top are usually written recently (within the last week). 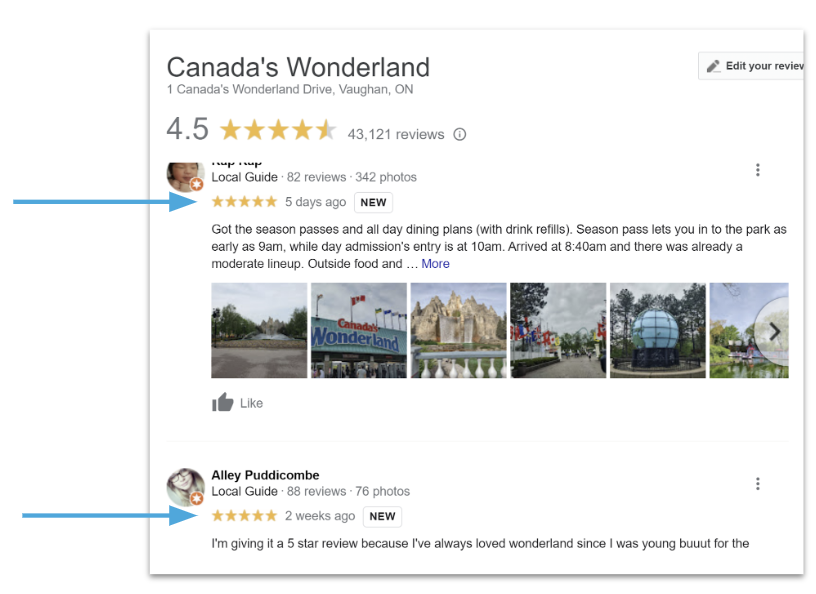 However, this is not always the case.  For example, in the image below, this cookie company (which is AMAZING if you are ever in an area that has a location), the reviews that are at the top are both negative reviews and they are both over 4 months old. 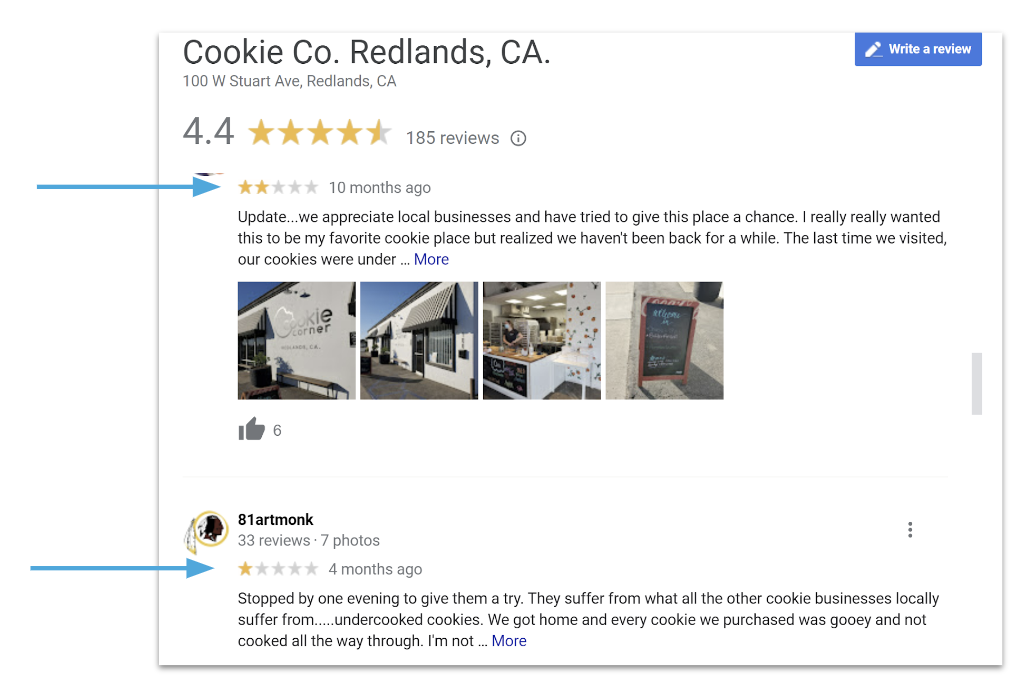 So, this made me think, “Why is Google picking those reviews to be at the top?”  The cookie company has lots of recent reviews, but Google is choosing these negative reviews to show at the top.  So, we wanted to try to determine what Google found to be “relevant” as this is a very vague term. 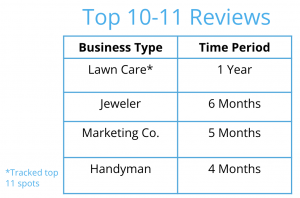 I originally started testing this with a lawn care client of ours.  I would go in every month and see what reviews were at the top and I started tracking the patterns and changes that I saw.  I tracked if the order of reviews changed and also what I noticed about the reviews at the top.   I did this for over a year.  But, about six months in, I started to track other businesses, as you can see in the image to the left.

My first theory was that Google wants diversity in its reviews.  So, is Google keeping one-star reviews higher up to show that no business is perfect?  And this does make a bit of sense as we do many times see that a one-star review is the one that is sticking at the top.