In September 2020, Google rolled out Local Services Ads (LSA) to lawyers across the United States.  The rollout happened fast and since lawyers generally focus a lot on marketing, we weren’t surprised to see so many law firms sign up for the platform very quickly.

I have heard many people ask if Local Services Ads (LSA) are essentially stealing clicks that would have otherwise gone to the local pack results (Google My Business listings) if the ads weren’t present.  We wanted to see what the data is telling us so far.

In this case study, we looked at Google My Business Insights for 110 different listings for various lawyer types.  We looked specifically at discovery searches (not direct) to avoid including branded searches.  We looked at the last 2 months (October & November) and compared it to the 2 months directly before Local Services Ads rolled out (July & August).  We left out September since that was the month when the ads launched so they were not live all month.  We also wanted to see how these trends compared to October and November of 2019 so we included that data as well.

Are Listings in the Local Pack Getting Less Clicks Now?

Yes, but it might not be at drastic as you’re imagining. 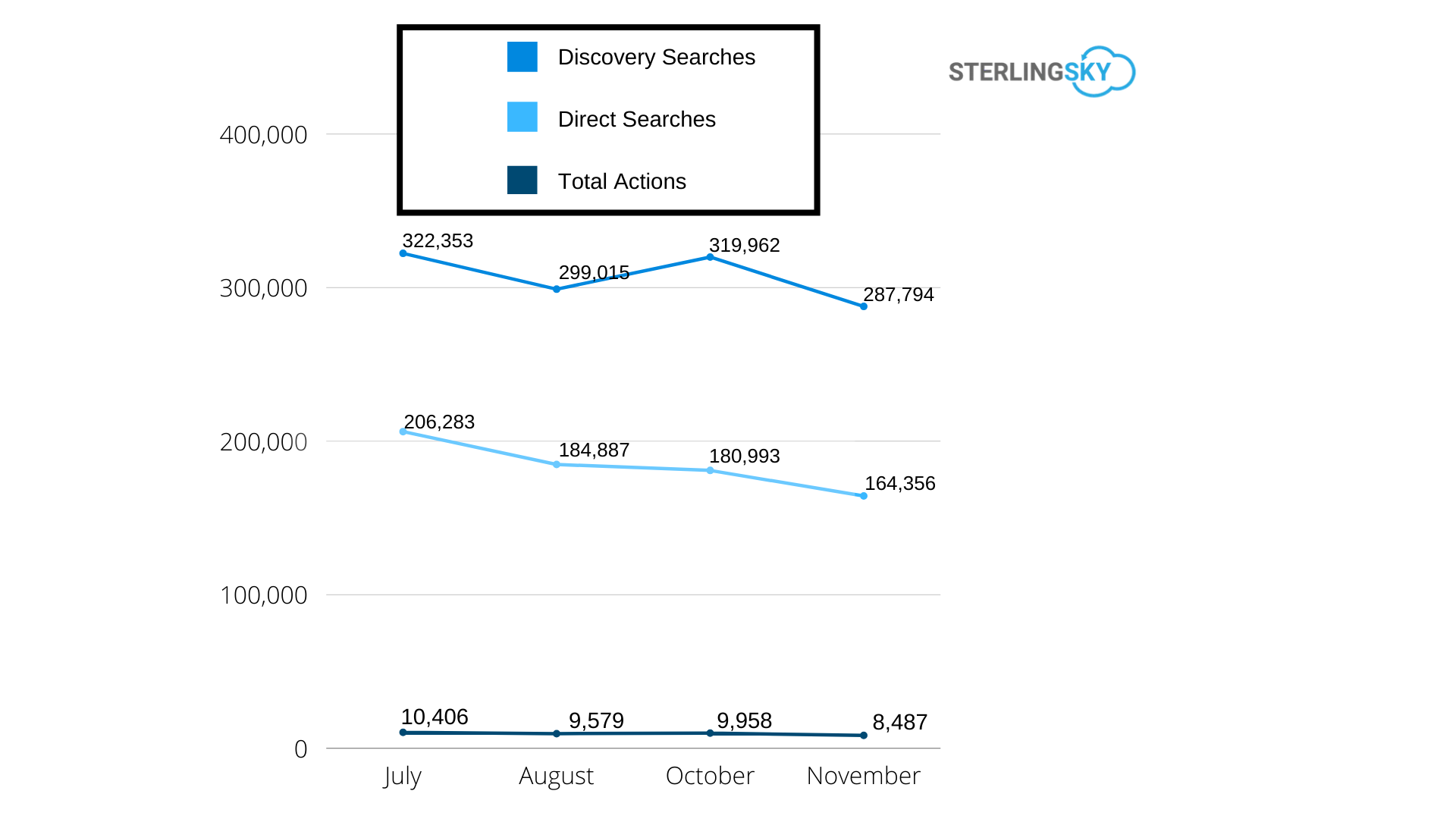 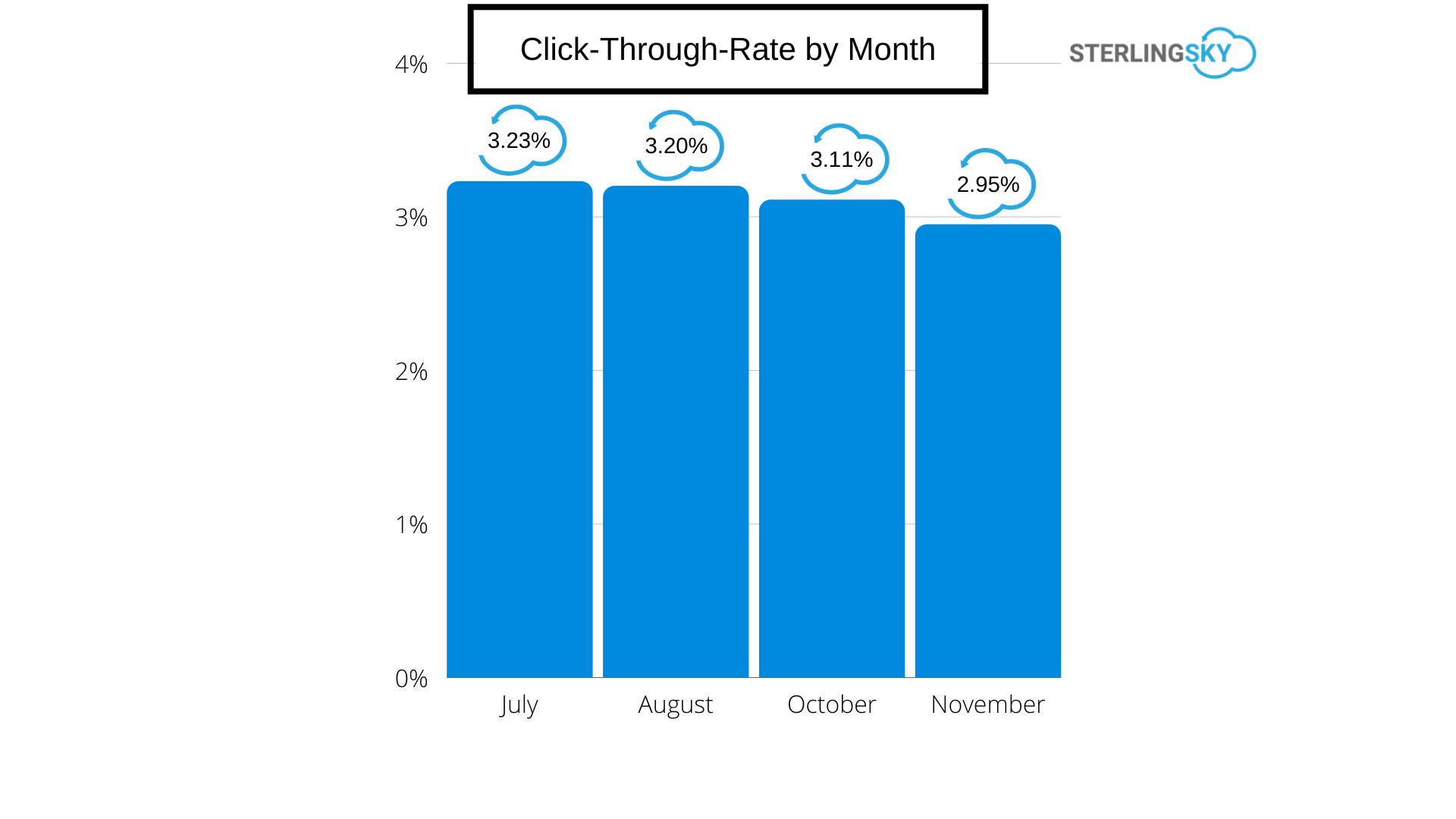 At first glance, it might look like Local Services Ads are a lot more prevalent on mobile since they take up almost the entire screen:

To help measure the impact of these ads on mobile devices, we decided to look at the call-through rate to see how that changed the months after Local Services Ads rolled out.  We looked at this because local packs on mobile contain call buttons and not website icons so if mobile was more impacted, we would expect to see less clicks-to-call.

On the flip side, the click-through-rate for the website specifically (which only shows up on desktop), went down from 1.71% to 1.60%.

Overall, both rates went down almost equally so we didn’t see anything that would make us believe Local Services Ads are impacting mobile SERPs more than desktop. 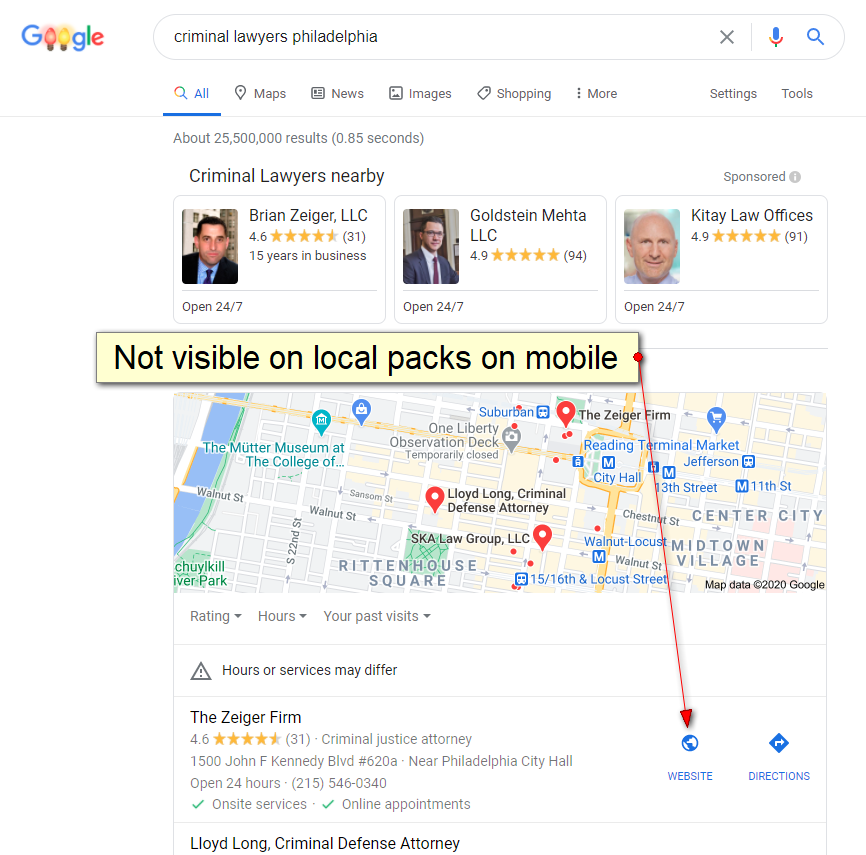 How Much is this Impacting the Average Business?

When we totaled up what the decrease in click-through-rate meant for the average business in our study, it decreased the total actions by about 5.11 per month.  On average, two of those clicks would have been calls, and 3 of those clicks would have been to the business website.  We saw virtually no impact or change to the number of driving directions requests.  The click-through-rate specifically for driving directions was only 0.19% in October & November of 2020.  This is less than half of what it was in October & November of 2019.  This makes sense considering people aren’t going in-person as much these days.

This graph of a personal injury lawyer shows the common trend we are seeing with driving direction requests in 2020.

But What About Branded Searches?

The number of branded (direct) searches in October and November was 11.71% lower than July and August. 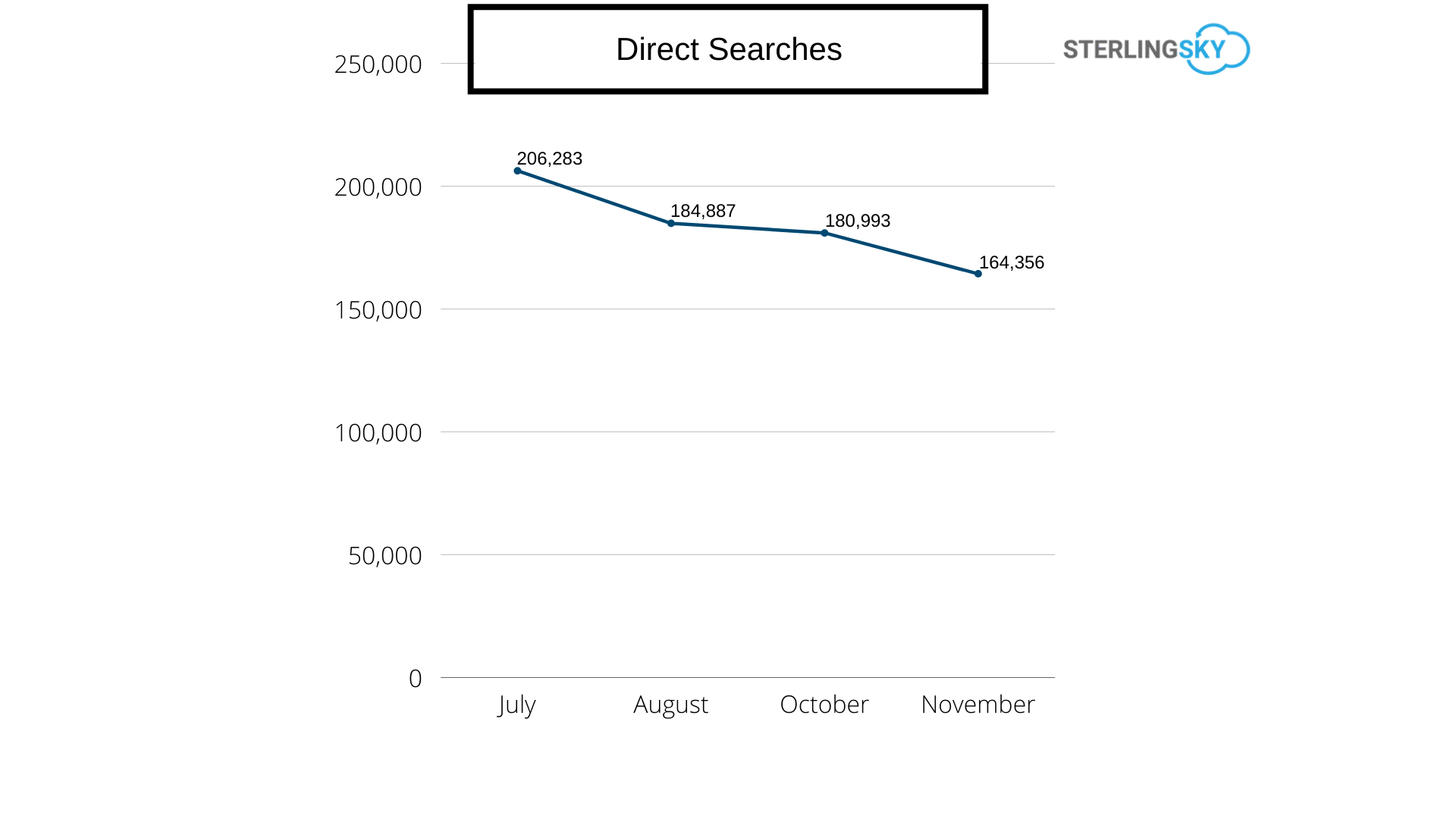 This drop in branded searches was likely also responsible for some of the loss of clicks we saw.   It’s impossible to say exactly how many of the lost clicks were branded and not due to the introduction of Local Services Ads, however, it’s safe to assume that some of them were. It would be really nice if Google let us segment this data in GMB Insights – but they don’t. While they segment the searches, they don’t segment the clicks (actions).  I cross-referenced a few of these law firms in Search Console to find out what percentage of their traffic was branded over the last months.  Here was the data for a few firms I checked:

These numbers are going to vary a ton based on the law firm, the number of customers they have, and the type of advertising they do so I don’t think there is a way to get a “standard”.

Google Local Services Ads (LSA) were introduced for lawyers in 2020.  We saw decreases in clicks on Google My Business listings the 2 months after the ads rolled out when compared to the 2 months before.  However, some of this decline was likely based on the decline in branded searches (11%) that we saw.  Overall, the decline in the click-through-rate (from 3.22% to 3.03%)  was small and would likely result in less than 5 clicks a month to the average law firm’s listing.  Although we expected the introduction of Local Services Ads to have some type of impact on organic search, the impact was small and shouldn’t minimize the amount of effort small businesses spend on SEO.