When I first started working in the local SEO industry, we feared clients telling us that they were planning on moving their offices.  There was the thought that because of NAP consistency and duplicate listings, moving was a local SEO nightmare.  Fast forward 15 years and I’m actually seeing several scenarios where relocating can actually help increase your rankings.

We had a business that was in the home services space and was set up as a service area business with Google My Business.  Because he didn’t have a physical office, he used his home address on the listing.  When he ended up moving to a new apartment, we updated the address on his listing.

The next day, we saw increases in his local pack rankings for a lot of the keywords he was targeting.

We didn’t update the address on any of his citations for 3 months so the ranking increase we saw right after the move was unrelated to NAP consistency or citations.

The following months after the move we saw steady increases in their lead volume as well. 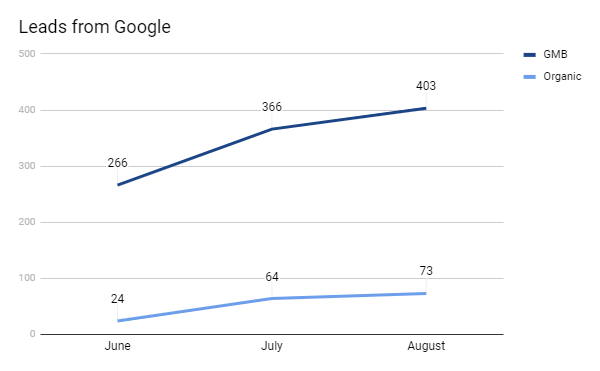 This case was a lawyer who worked in a building that had several other attorneys that were targeting the same keywords he was.  This caused his listing to often get filtered and we actually recommended that he move his office.

Within days of updating his address inside Google My Business, we saw ranking increases.  We didn’t update any of his citations until weeks after these changes happened.

Here is an example for one of his main keywords that shows how he ranked the week before compared with the week after.  The pins with the red lines in the middle were cases where he was filtered out by the other law firm that was in the old building.  After he moved, they now rank together. 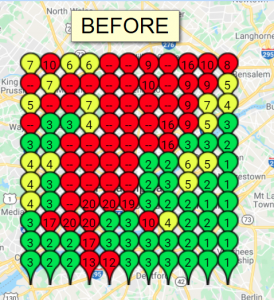 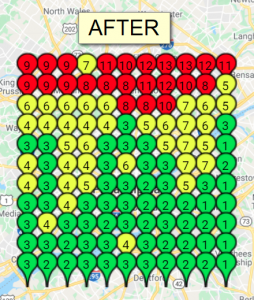 Often with listings that are getting filtered, we see Google flip flop back and forth between the 2 listings they find “similar”.  That used to happen a lot with this business but that pattern stopped after the move.

In other cases, we saw that the other law firm was suppressing their ranking but not actually causing them to disappear, and we saw increases for these keywords after the move.

Before deciding to relocate your office, make sure you do a thorough analysis to analyze the possible gains and losses that would happen as a result.  We often love to assess this for clients and help them pick a spot that will be optimal for their business.