As we near the end of our case study on reviews, this next bit of information is probably the most mind-blowing thing we have learned about reviews in the last decade.   When someone is leaving you a review, they can also upload a picture with that review.  So, we decided to test if a review with a photo stayed in the top ten of a listing longer than reviews without photos. 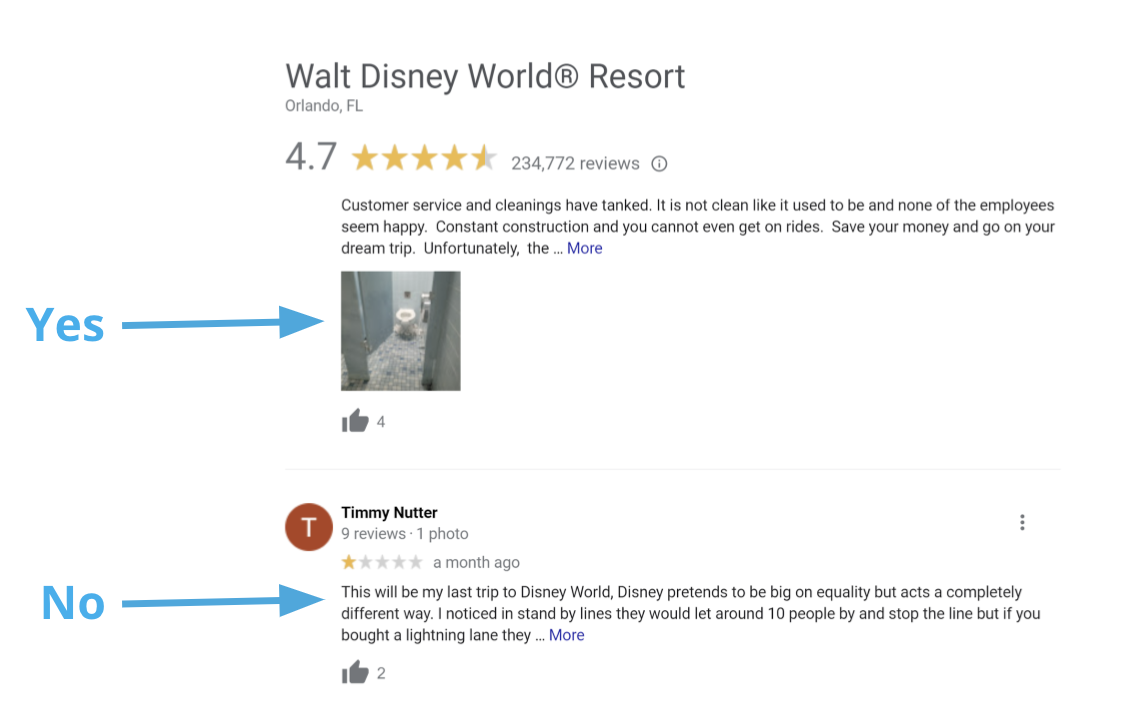 As you can see in the chart below, having a photo had a massive impact on how long a review stayed in the top of the reviews list on Google. 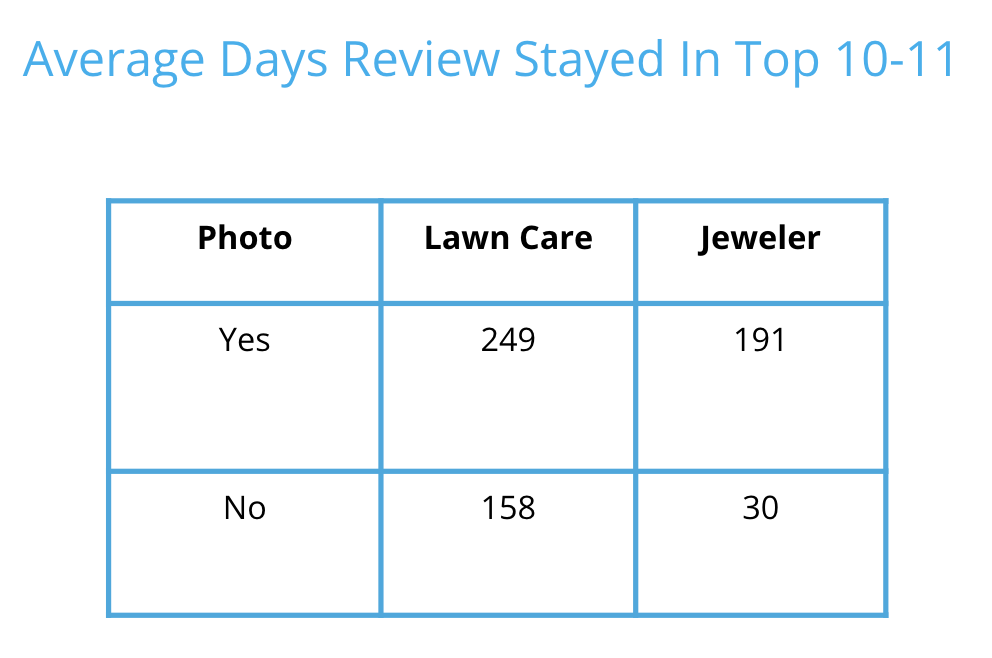 So, we decided to take this one step further.  We asked one of our clients (shoutout to Billy Schroeder from Just Mind) who left us a review a few years ago to go back and add a photo to his review.  We asked him not to alter the text of his review in any way and we gave him a photo of our team to upload to his review.

So, not only did his review move to position three even though it was over two years old (it was not in the top ten prior to this), but it also completely changed the order of the reviews.  Previously, the top review was a 1-star review from someone who was upset because they could not get through to our sales department due to an issue with our phone system.  However, after the photo was added to that old review, it pushed that one-star review out of the top ten and pulled in four older reviews that were not in the top ten previously.

Testing with Another Client:

We decided we had to test this further.  So, we reached out to a client who had a one-star review listed in position 3 on their listing.  As many business owners would do if they receive a negative review, this business started really pushing their clients for more reviews.  They were able to get five new positive reviews in a short amount of time, but that did not move that one-star review from its position.  So, we reached out and asked them to contact one of their clients who left a review a while ago and ask them to add a photo to their review. 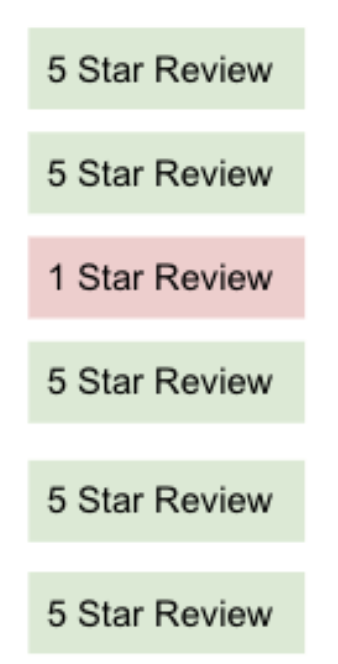 We didn’t see as drastic of a change as we did with the Sterling Sky site, but all of a sudden an older review moved to position one, pushing that one-star review down to position four, and the review from years ago that now has a photo was in position six.

We tried this again on another client.  This client had a lot more negative reviews than Sterling Sky or the client above did.  So, we were very interested to see if this strategy would be worthwhile for this client.

Now, we did see a similar result.  It did push one of the negative reviews out of the top ten.  However; because they had five one-star reviews in their top ten, this strategy is probably not worth their time. 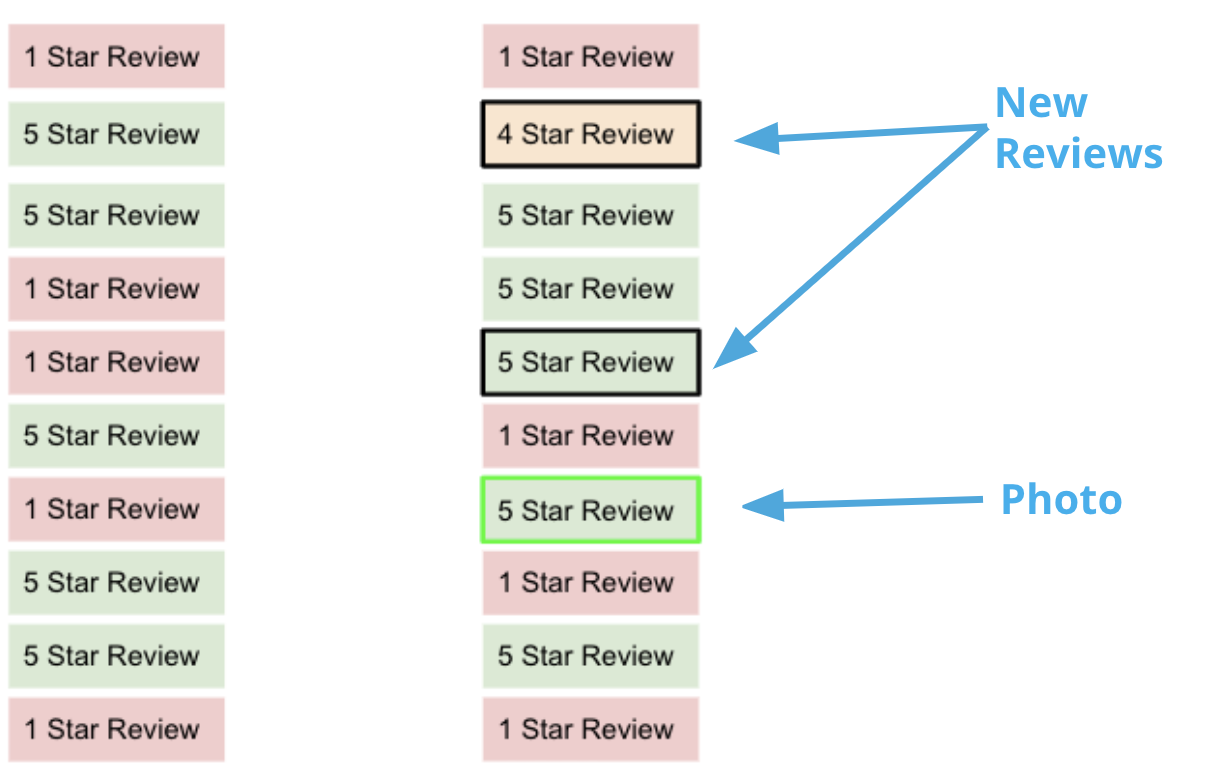 So, in a case where you have multiple negative reviews, we do not think this tactic would have the same impact as it does if you only have one negative review.   Rather, we would suggest you work on figuring out what that core issue is with the business itself, and fix that… instead of trying to push negative reviews out of your top ten.  Greg Gifford posted an article on Search Engine Land in 2017 recapping a recent SMX conference where Thomas Ballantyne stated, “If you have bad reviews, you don’t have a review problem — you have a business problem.”

You definitely want to encourage customers to add photos to their reviews.  You can be very creative with this if you are not in an industry that lends itself to leaving a photo with a review.  This will help reviews to stay at the top of your listing for more days.  Also, if you get a negative review, reach out to some old customers who left a positive review in the past and ask them to add a photo to their review.  From our testing, this pushes that review into the top ten and will also alter the order of the reviews significantly including pushing negative reviews down or even out of the top ten.