In most scenarios, businesses cannot block people from uploading photos to your GMB listing via the “upload to public” feature.  The one exception to this is if the business is getting slammed with tons of inappropriate photos from users due to a public media incident.  For example, the stone supplier referenced in this article had the ability to add a photo disabled after users uploaded tons of statues of genitalia after the social media scandal. 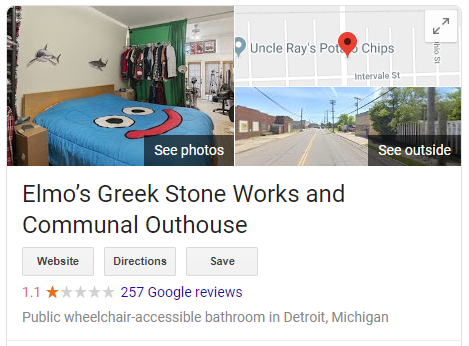 If a public user has uploaded an image you would like it removed from your listing, and it also breaks a Google guideline, you will need to flag it to have removed.

If flagging the pictures was unsuccessful after a few days then you can contact GMB support directly using this form.

Yan has been creating websites since 2008 and now enjoys helping others grow their businesses through SEO. Initially a freelance Toronto based local SEO consultant, he was recruited to join the team at SterlingSky. He is certified in many digital marketing products including Google Analytics, Google Mobile sites and Inbound Marketing through Hubspot Academy. Armed with a psychology degree from McGill University, Yan is adept at finding ways to help businesses achieve great ROI from their marketing efforts. Read Yan's full bio here.