People often want strategies to help them control which reviews Google highlights in the Knowledge Panel.  One specific tactic that gets brought up a lot is the upvote feature that Google has beside each individual review.  We wanted to see if upvoting a review on Google impacted where the review showed up so we did a test on this for a client of ours who had a negative review being highlighted in his knowledge panel. 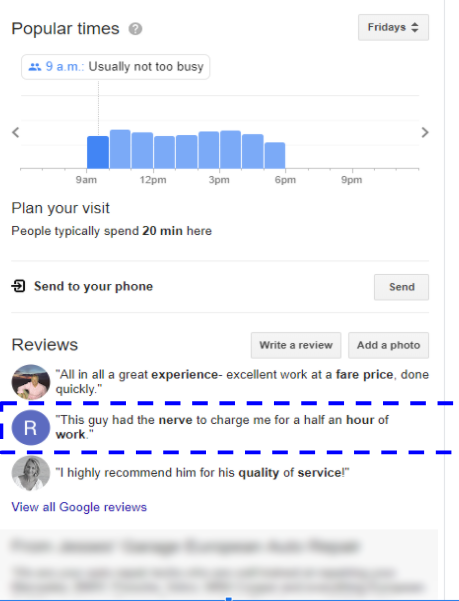 We had multiple people upvote a specific review that was left by a well-established Local Guide to see if we could get that review to replace the one that was displaying in the Knowledge Panel.

We found that upvoting the review had no impact on the order of the reviews, or which reviews were chosen to be displayed in the Knowledge Panel.

The order of the reviews

The order of the reviews on a Google My Business listing is largely impacted by how recent the review is.  Here are some things that we observed about the order reviews are displayed in:

Which 3 reviews get highlighted in the Knowledge Panel 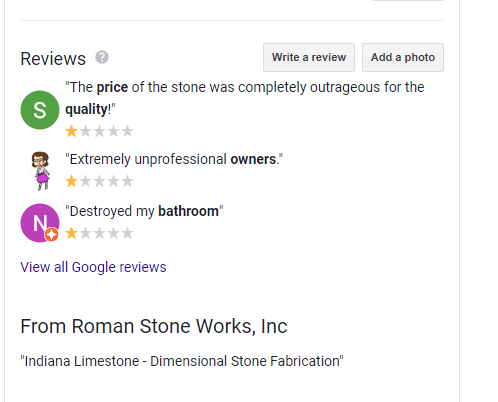 When looking at their reviews, the 3 that are displayed currently have 45, 48, and 34 upvotes.  There are other reviews that have thousands of upvotes but yet are not being selected to display in the Knowledge Panel.

In summary, we found that it’s not worthwhile to spend effort upvoting reviews on Google.  It doesn’t appear to impact where or how they show up.  I think Google is unlikely to change this because it would make their platform way too easy for people to manipulate.

And See These Other Articles Covering Important SEO Topics:

Does the Number of Google Reviews Impact Ranking? [Case Study]

It's the age-old question, will getting reviews help my Google listing rank higher?  We've heard…