Over the last twelve months, we have had around 38,000 people come to our website through a page that talks about how to contact Google My Business. The majority of these users are trying to find a way to contact GMB support and most of those users are looking for a phone number. 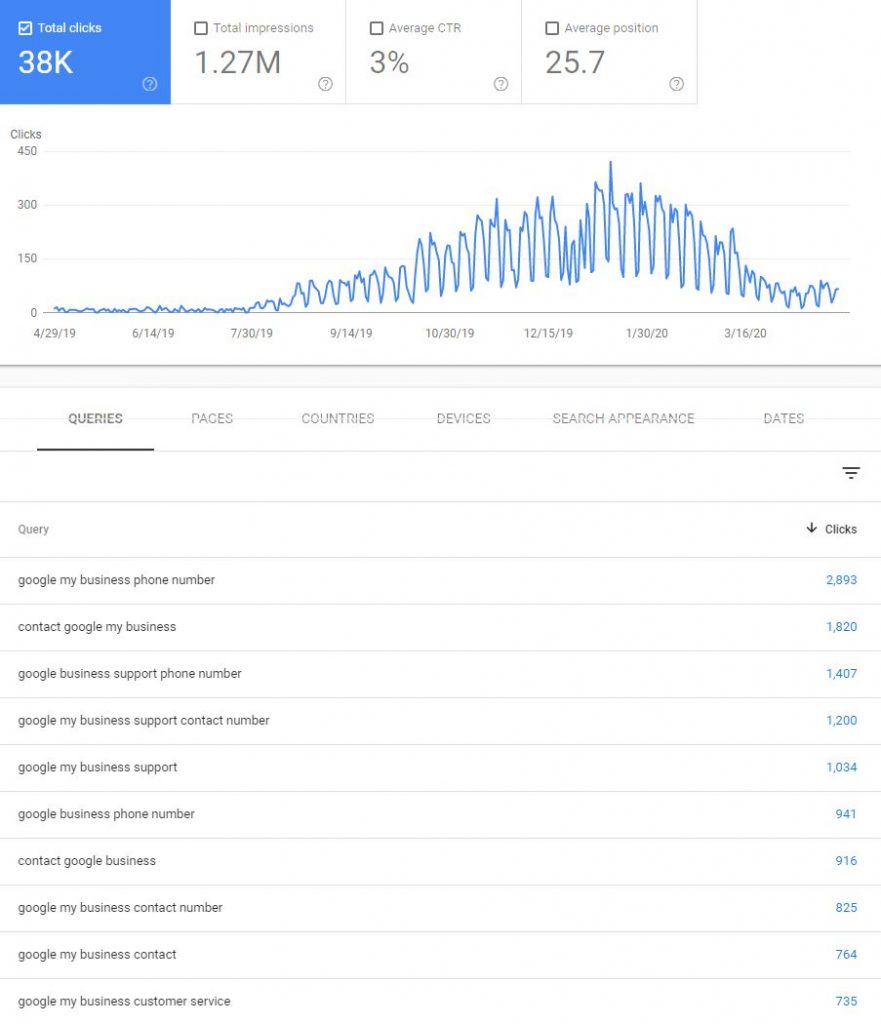 I personally answer the calls that come into Sterling Sky, and I can confirm that about 90% of them are people that think they have just called Google. Which is crazy. Seriously, think about that! I don’t know how many times I’ve said to the team “welp, another person called thinking we’re Google”. At first, it’s funny and entertaining to joke around about it with the team, as we try to always keep things light here. But after a while, it seriously became taxing. From the phone calls to the web submissions to the chats, it felt like almost every day we brought this up and we started to waste time. So not only did we get a ton of calls, but we literally had to shut off our live chat because Dave spent hours a day chatting with people.

Why Do People Think We Are Google?

I think the main reason we received so many calls from people thinking we were Google was because we owned a featured snippet for queries such as “how to call GMB support” and “call Google for business”.

We removed the featured snippet in May 2020 by adding the data-nosnippet tag to the page (more about how to do that that here) and the phone calls from Google basically dropped off of the face of the earth. 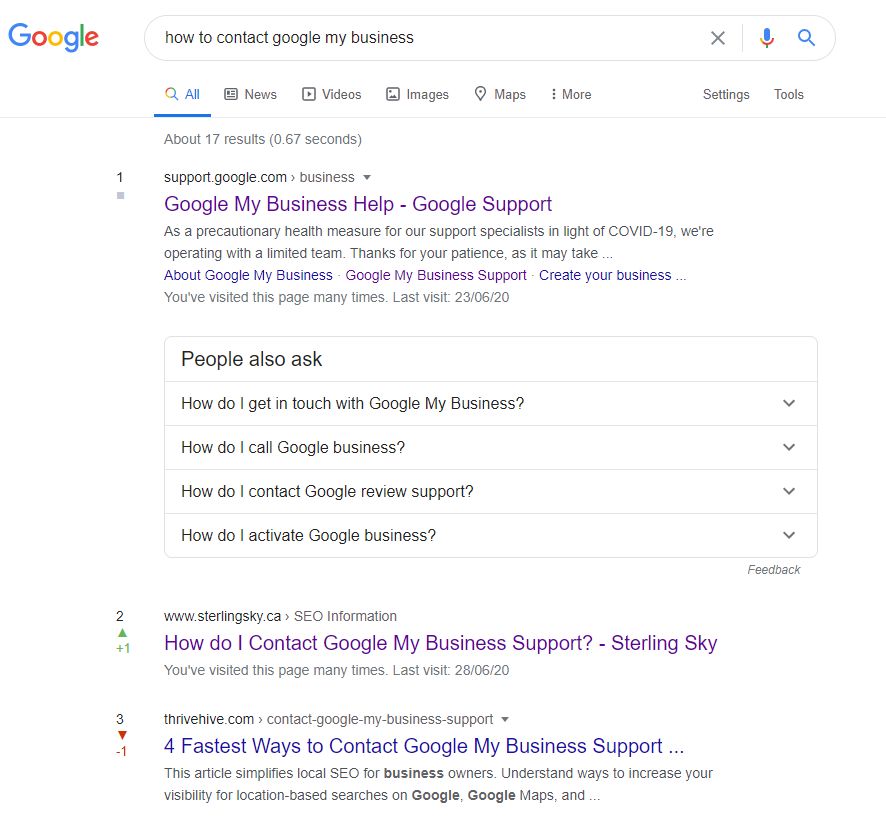 3 Things We Learned When Having the Featured Snippet

Over the course of about a year, while we owned the featured snippet, we received a ton of phone calls from people thinking we are Google. While it did take up a lot of time to field each call that came in, it also gave us a chance to help business owners out by taking the time to point them in the right direction to solve whatever GMB issue they were having at the time. On many occasions, the person calling in, thinking we were Google, was overjoyed and grateful when we took a minute or two to explain how they can get in touch with GMB support. Occasionally we chatted with them for a few minutes more and offered up a quick tip or two to help solve whatever problem they were experiencing.

With that said, here are three things we learned from people thinking we are Google.

Featured Snippets Can be Incredibly Powerful (but not always useful)

Due to the fact that the calls immediately stopped coming in after we got rid of the featured snippet, it tells me that users put a tremendous amount of trust that a featured snippet is authoritative. Why else would they completely ignore the fact that the website you land on after clicking the featured snippet is clearly for a company called Sterling Sky? In all of these cases, the illusion was created that Sterling Sky was in fact, Google, or at the very least, affiliated with Google and people started unloading their GMB issues on us. 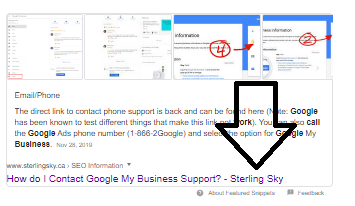 We also learned how users skim pages rather than read them fully. Our phone number isn’t even listed anywhere on the page except for the footer! So they had to scroll all the way down to the bottom and breeze past our content before calling us. This is, (a) is an odd thing to do, and (b) our footer is branded with our colors and info – nothing of that screams “we are Google” – but yet, here we are.

This is what it all boils down to. Hundreds of users called us over the course of the year for one basic reason; to solve a problem they were having. In this case, users just wanted help no matter who it comes from, because of their frustration with GMB support. In most cases, we were able to provide them with a solution, or we were able to point them in the right direction. This is what SEO is all about. Providing business owners with solutions to their problems and creating a trajectory to work towards solving them and hitting their goals.

As an SEO, I’ve always thought that getting a featured snippet was a win. I mean, why not? You are on the top of the search results, you get this giant box with an answer and a link to your site. Users have to love that! Also, something awesome to highlight in a client’s report. However, what if you do get that FS, but it “hurts” you (I.e. time/energy/focus), rather than helps you? Is it a waste of time? Or should the mindset be – well, if you don’t have it, someone else will take it?

Have you ever had a client tell you that they get “too much traffic” or “not the right traffic”? Just the thought of hearing that makes you shudder a little bit… who complains about traffic?! But what if they are actually right, and all traffic isn’t created equal — and it’s wasting their resources? We’re actually working on this exact scenario with a client now, as they have recently got an influx in inquiries about something they don’t want. And featured snippets are a good place to start. Which ones do they own? Are they worth it? Which ones do our competitors own that we want instead? It’s also a good lesson here, whether you’re dealing with featured snippets or other rich results, every “new and shiny SEO toy” that pops up might not be worth the squeeze.

This article was co-written by Dave DiGregorio