Google has a long way to go to solve the problem with fake reviews but every now and then we see a business that loses a huge chunk of reviews because they did something to violate Google’s policies.  In this case, I tracked a dentist that lost 98% of their reviews because they were caught review gating. 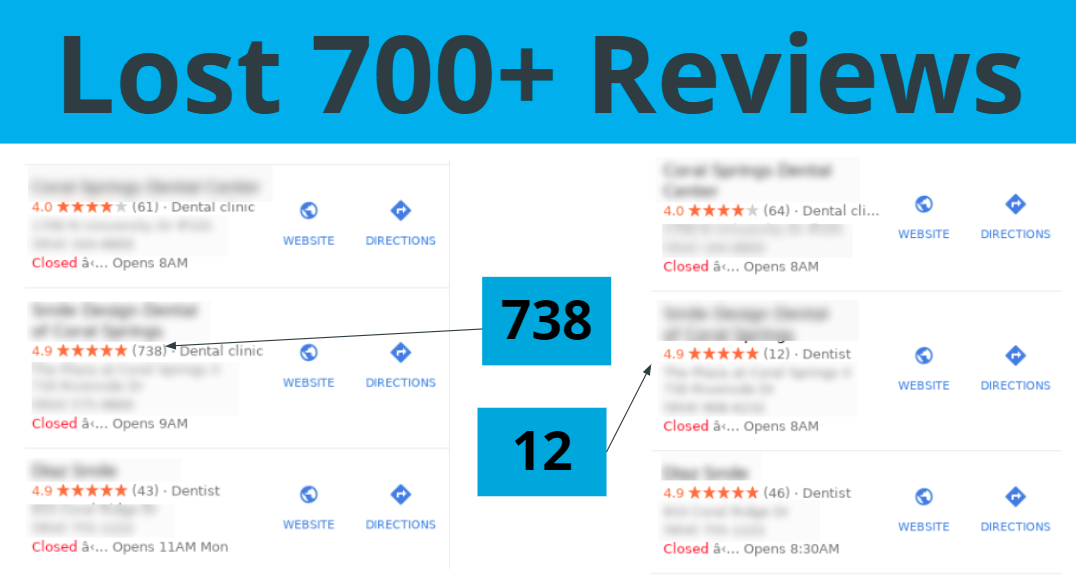 In this case, losing most of their reviews didn’t even impact their overall star rating which supports the finding from Mike Blumethal’s study that showed review gating didn’t really have a large impact on the overall rating of a business. 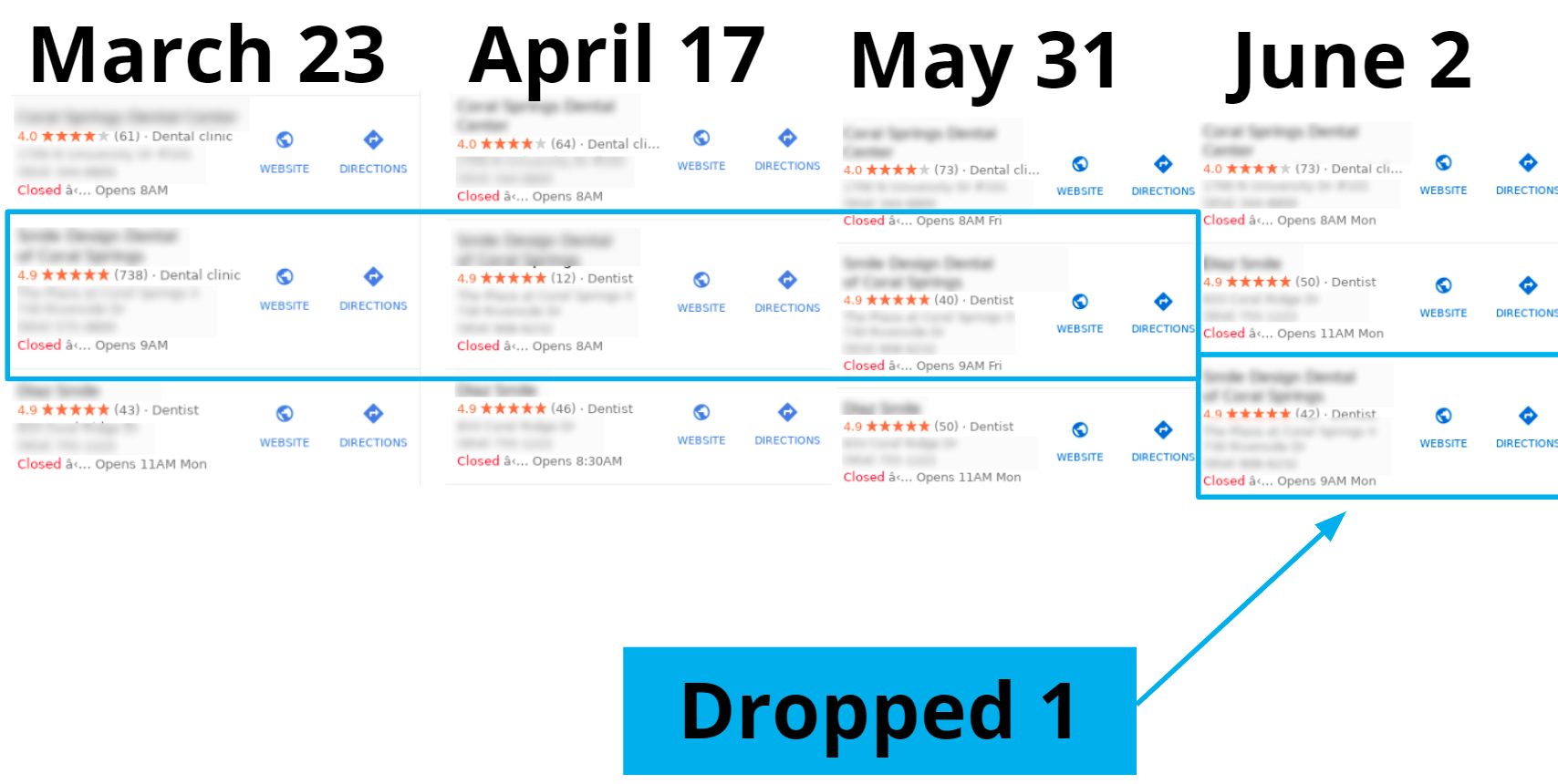 It made me wonder why the business didn’t lose ranking originally.  After all, if reviews are a ranking factor, shouldn’t losing a ton of them result in a ranking drop?  When this question was asked at a LocalU event, a very smart individual (who used to work at Google) clarified that reviews that are removed for policy violations aren’t actually deleted, they are just hidden from public view.  This potentially means that the ranking “power” that the reviews gave the listing originally would still be there.  My theory is that over time, as their listing stood out less compared to their competitors, their click-through-rate would drop and thus their ranking would finally drop as we saw in June of 2019.  Of course, this is just a theory.  I decided to check back over a year later and found that they were still sitting in the 3rd position.  As of February 2021, they actually have fewer reviews (62) than they did in July 2019 (77) so Google must have removed more after I stopped tracking it.